Street Photography Through the Eyes of Henri Cartier-Bresson 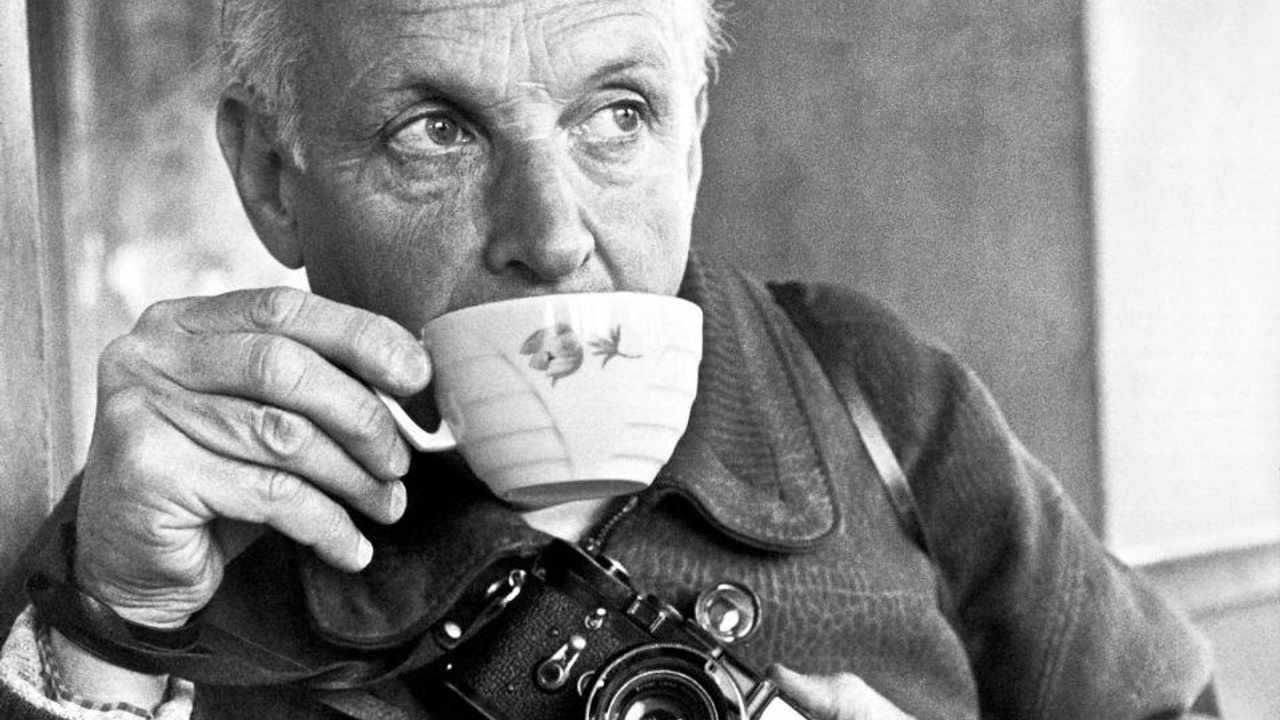 Welcome to the first of a series introducing you to the masters of photography. And we absolutely have to start with the work of legendary photographer (who was also a painter), Henri Cartier-Bresson AKA The Godfather of Street Photography. I'm going to dive into a brief bio, throw in some quotes, show you some videos, share a short talk, inspire you with his photos, link you up to some of his books, and sum up some of the key take-aways from his work.

"To take a photograph is to align the head, the eye and the heart. It's a way of life." — Henri Cartier-Bresson 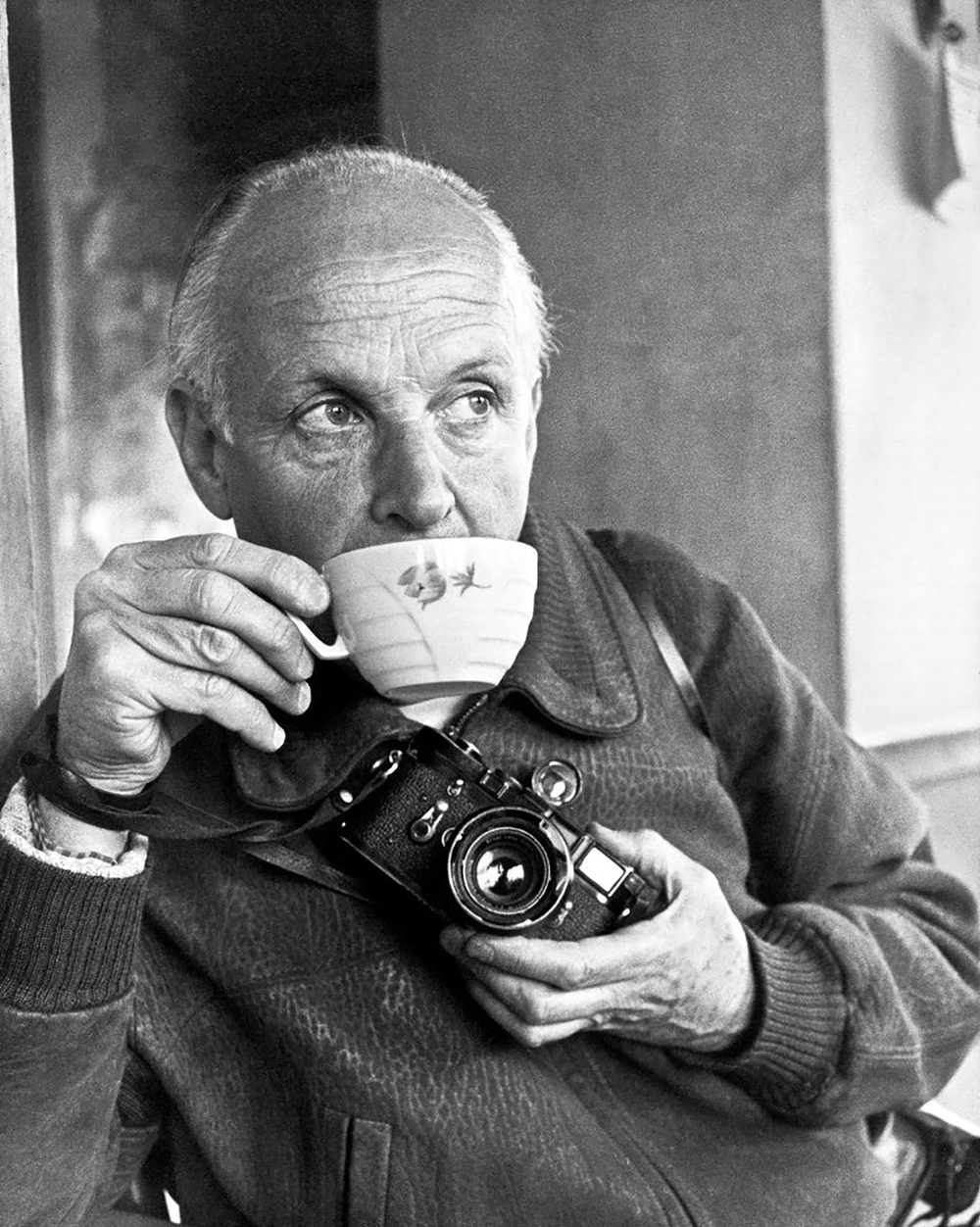 Henri Cartier-Bresson (also referred to as HCB) was born in Chanteloup-en-Brie, Seine-et-Marne, France in 1908. His creative interests actually began with painting, but after discovering Leica cameras in 1932 his interest in photography grew quickly. Remarkably he got his first exhibition just one year later, in 1933, in New York City.

His life took a very different and dramatic turn during the Second World War when he was captured by German soldiers, and kept as a prisoner. It took three attempts but he eventually succeeded in escaping. As a free man he continued with photography, and went on to document the liberation of Paris in 1945 through pictures and film.

In 1947 he co-founded the Magnum Photos agency with Robert Capa, George Rodger, William Vandivert and David “Chim” Seymour. Through Magnum Cartier-Bresson travelled all over the world on photographic assignments, with his favourite assignment being to Moscow in 1954, the results of which were published in Life magazine.

His first book “Images a la Sauvette” (meaning “images on the run”), and the English version “The Decisive Moment” (a term forever associated with him), was published in 1952. And he went on to publish over thirty books during his career. By 1968 he was shooting less though, and found himself returning to drawing and painting - his first love.

"For me the camera is a sketch book, an instrument of intuition and spontaneity, the master of the instant which, in visual terms, questions and decides simultaneously." — Henri Cartier-Bresson

During his 96 years of life (he passed away in 2004) he won many awards and accolades, and is widely acknowledged as a master of candid photography, and one of the significant photographers of the twentieth-century.

THREE THINGS TO THINK ABOUT...

This is a widely discussed term that you will always hear in reference to Henri Cartier-Bresson, and it is somewhat misleading as it has often been interpreted that the photographer hits the shutter at one precise moment and the angels sing! Where as in reality a good photographer will always "work the scene" as much as they can get away with, and get many “indecisive moments” in the mix. HCB worked like this too, as you can see from his contact sheets. 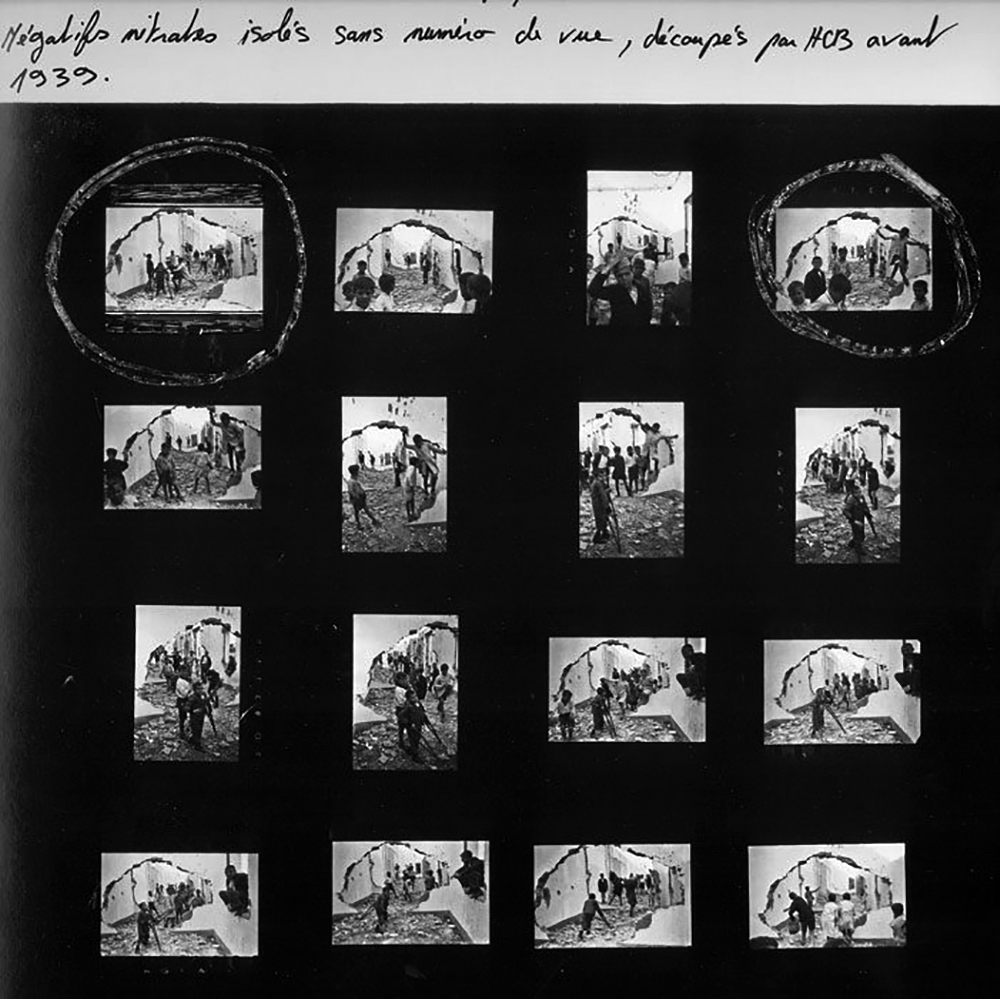 So the image with the “decisive moment” appears to be more of a retrospective choice from all the moments photographed. Cartier-Bresson talked about taking many photos, but also warned against over-shooting, as “the shot” could be the one in-between the shots you repeatedly make. So switch off high-continuous mode (if you use it), and train yourself to trust your intuition as to when you hit the shutter, as HCB did.

"Photography is the simultaneous recognition, in a fraction of a second, of the significance of an event as well as of a precise organisation of forms which give that event its proper expression." — Henri Cartier-Bresson

02 — THE IMPORTANCE OF COMPOSITION

Personally I feel HCB was a remarkably talented photographer, as he was able to capture scenes in the most beautifully composed frames. And the more time I spend looking at his photography the more appreciation I have for their perfection, and his ability to compose and shoot the way he did without cropping, and without the luxury of a digital camera.

Some might argue that his work is missing something raw or spontaneous, because of his desire for the perfect composition… but for HCB it was a "sensual pleasure" to see shapes and geometry, and arrange the elements in the frame along with a human subject. The whole frame (and nothing but the frame!) mattered to him. The moment or subject alone was not enough. He looked for lines, triangles, squares, curves, shadows, and shapes.

Take a look at these two fascinating videos on Dynamic Symmetry put together by Tavis Leaf Glover, for an analysis of Cartier-Bresson’s work. You could argue that you could place this grid over any photo and find something lining up, but you have to admit it’s pretty extraordinary that so much of HCB’s photography fitted this geometric grid! I believe it was how he intuitively saw the world.

HCB never cropped his work, and was stubborn about this self-imposed rule (with one notable exception!). Some street photography purists (and I was one of them) stand by this rule today, shouting: “Get it right in camera!” But does it really matter that you crop? Look at the work of Elliot Erwitt - there are many heavily cropped photographs (some, cropped more than I feel comfortable about to be honest), and had they not been cropped, and that work had been rejected we would have missed out on some, what are now, classic images!

These days I think it’s OK to “reasonably” crop: to straighten an image, strengthen a composition, or (as we are currently socially distancing) to actually get the shot you would have gotten if you could get closer, and are still shooting with a wide prime lens because you are too stubborn to get a longer one. (Guess both me and HCB share a stubborn streak!)

This very famous photograph of a man leaping a puddle is the shot Cartier-Bresson did in fact crop. His defence was that he was shooting through a hole in a fence so could not get any closer, and therefore had no choice! The key thing for me is not to rely on being able to crop, as this will make you lazy - so try to get it right in camera, but don’t reject a photo just because you had to crop it (a bit, or a medium amount maybe)! 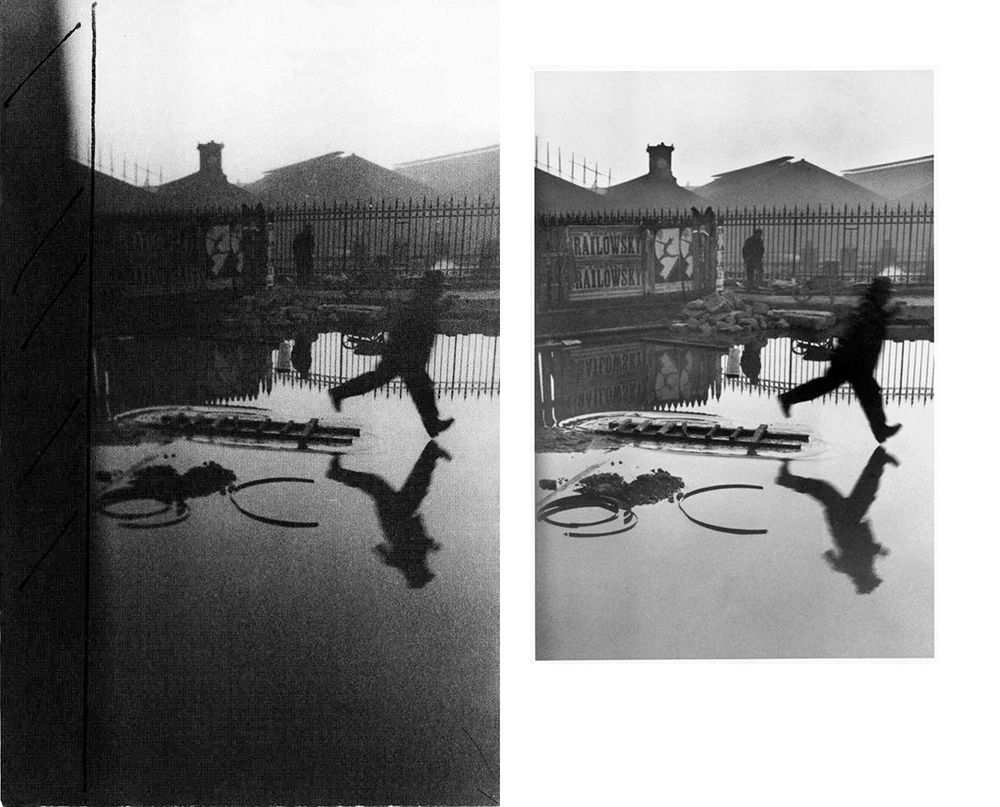 "Your first 10,000 photographs are your worst." — Henri Cartier-Bresson 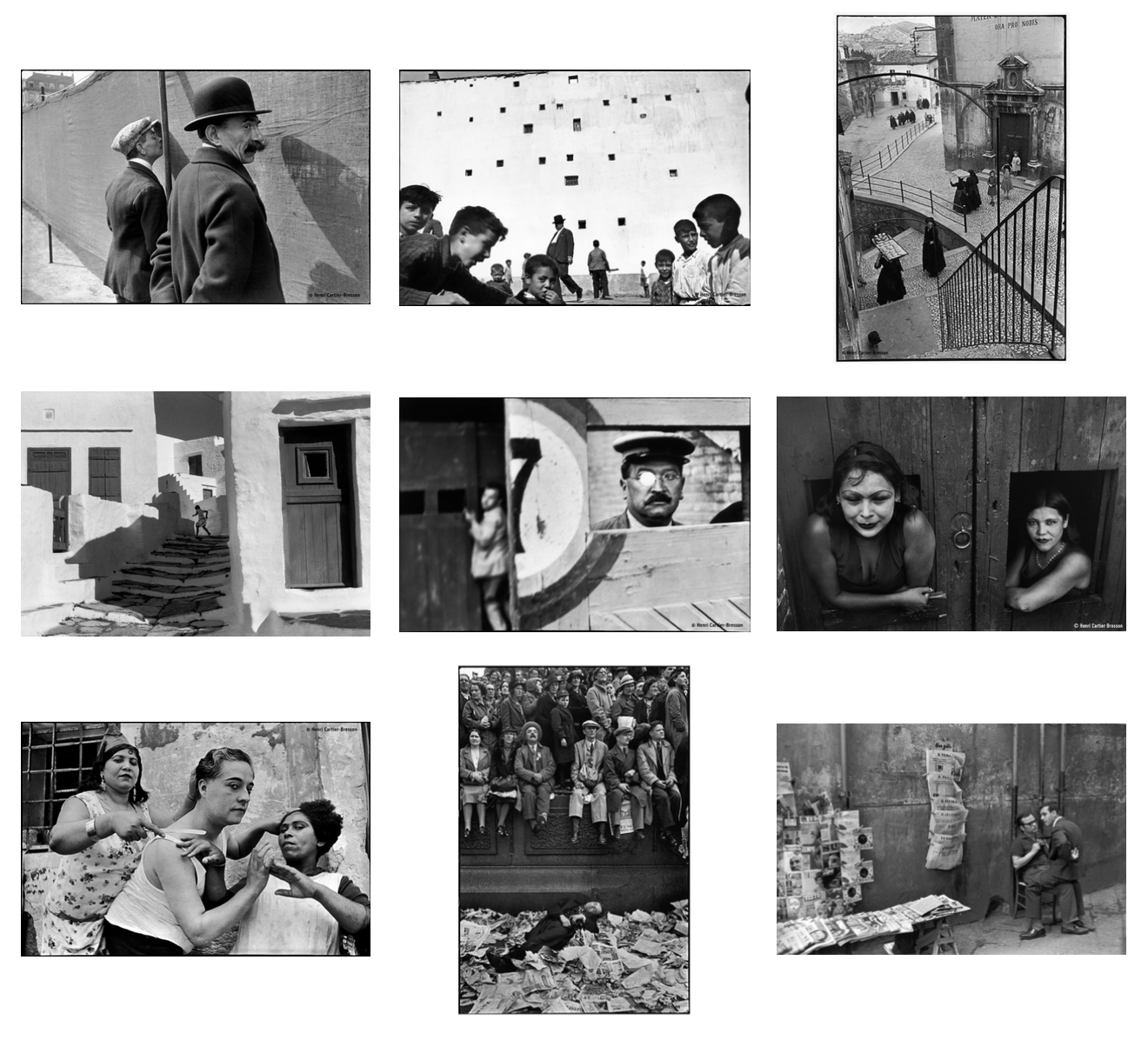 Now, pop the kettle on and watch this fascinating conversation between Henry Cartier-Bresson and photographer Richard Avedon:

And listen to this really wonderful short talk HCB gave at The Photographers Gallery:

The Decisive Moment by Henri Cartier-Bresson

[this one is a wee bit pricey!]

HCB was a genius photographer, and I believe that what he had innately was an intuitive way of composing and very sharp observation. He was gifted, no doubt. But do you have to be gifted to be a photographer? Or can observation and composition be learned? I am a firm believer in the idea that everything is learnable. The talented ones only get a head start that's all! I honestly think you can train your observation and develop intuitive composition. Practice, practice, practice...

Want to improve your street photography? Join me on a workshop, work with me 1-2-1 or get access to some digital resources to DIY.

Words © Polly Rusyn | Pictures © Henri Cartier-Bresson / Magnum Photos | Books all available from Amazon. If you buy through these links I get a small commission, you pay nothing extra but you help me keep the lights on! Thank you so much for reading this post.

THANK YOU SO MUCH! —Polly 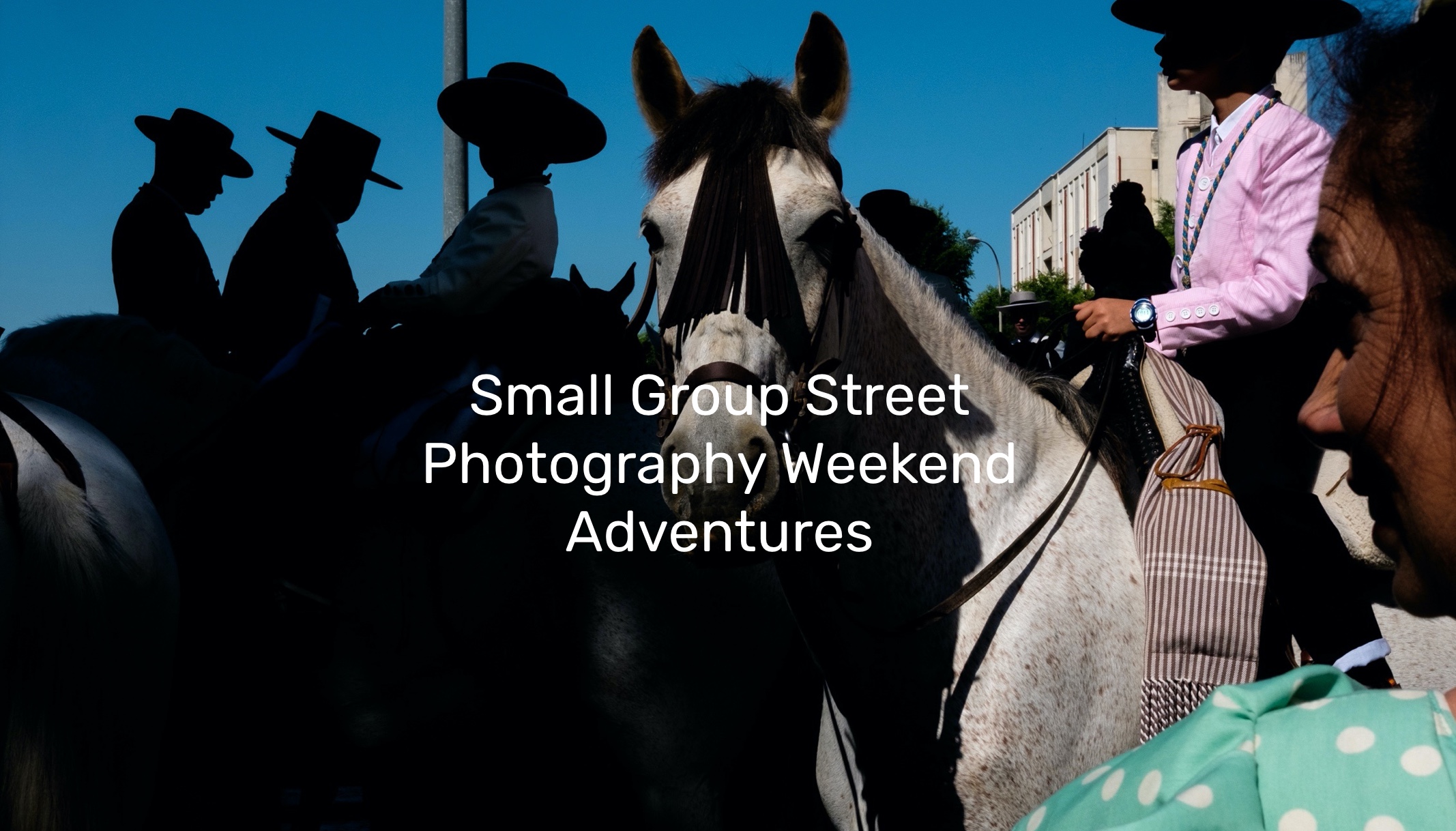 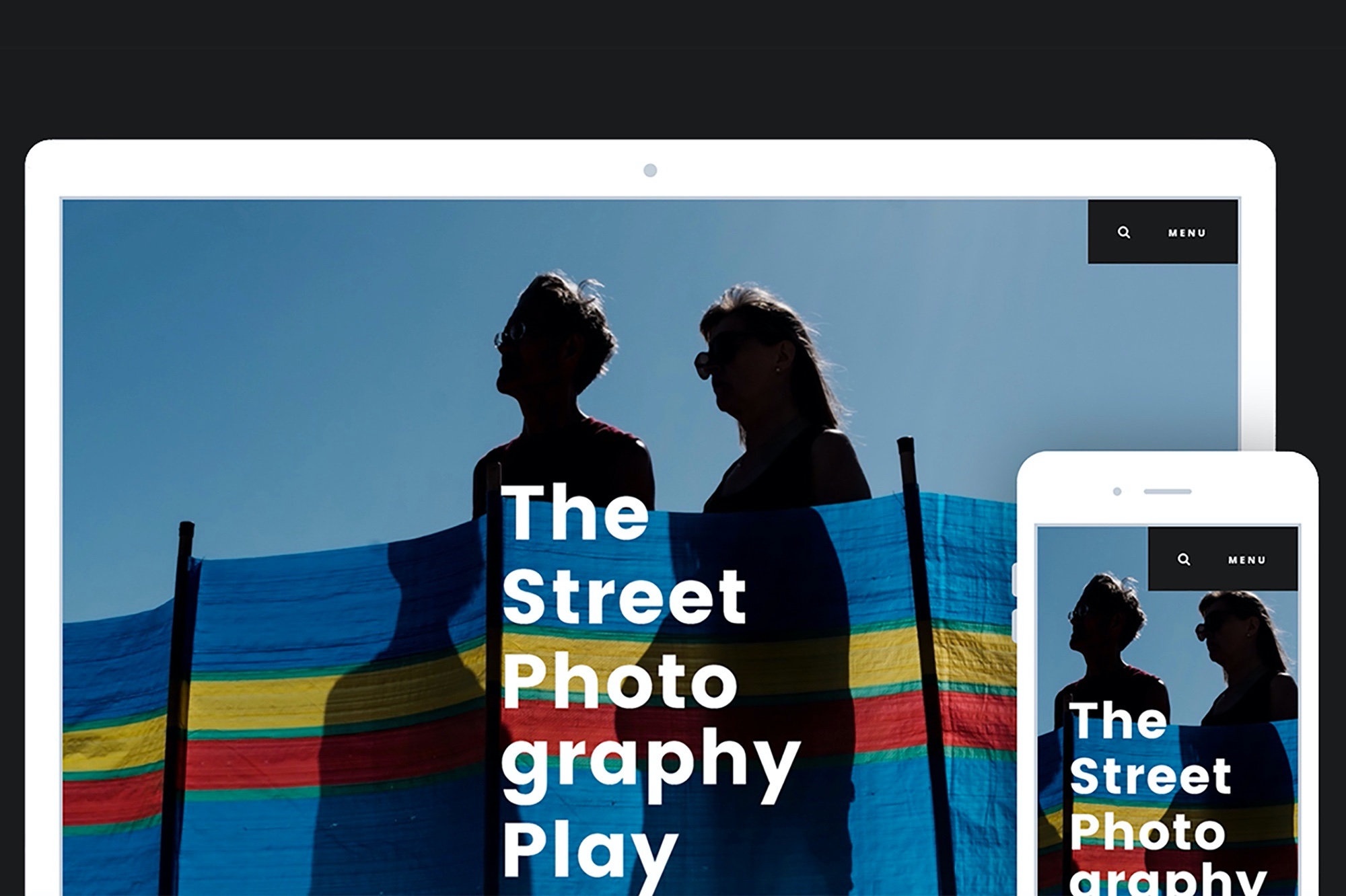 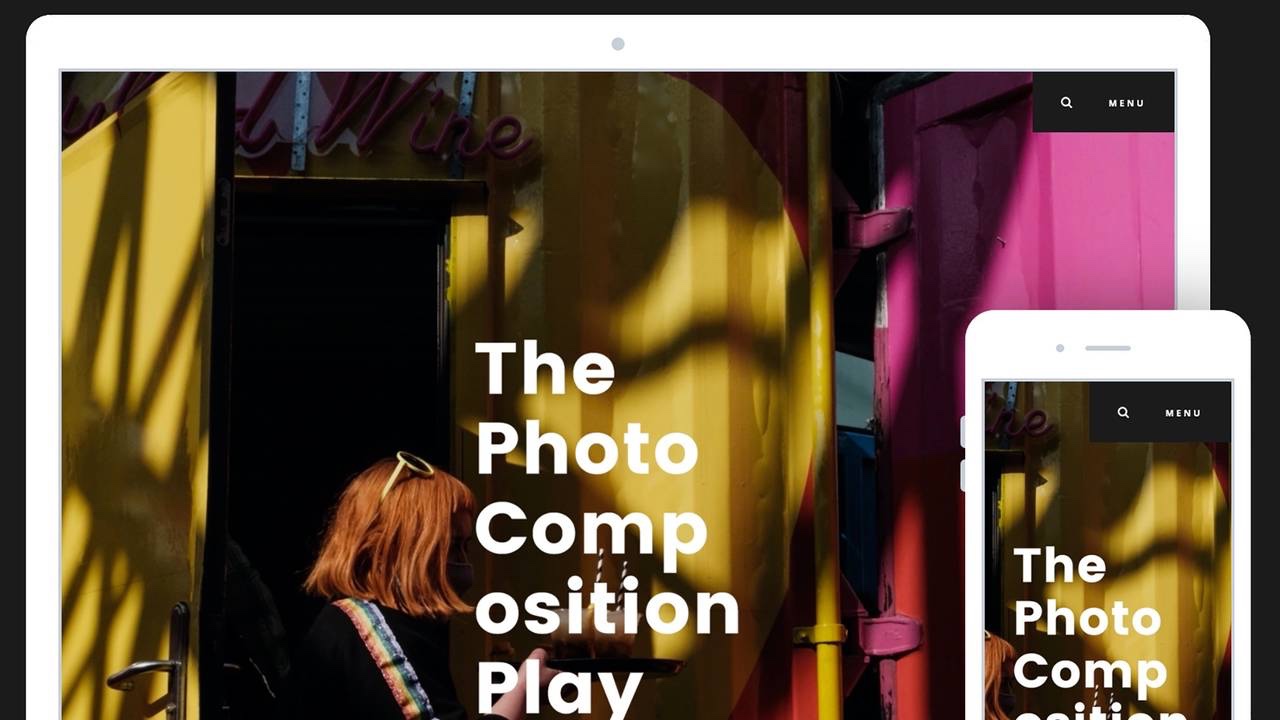 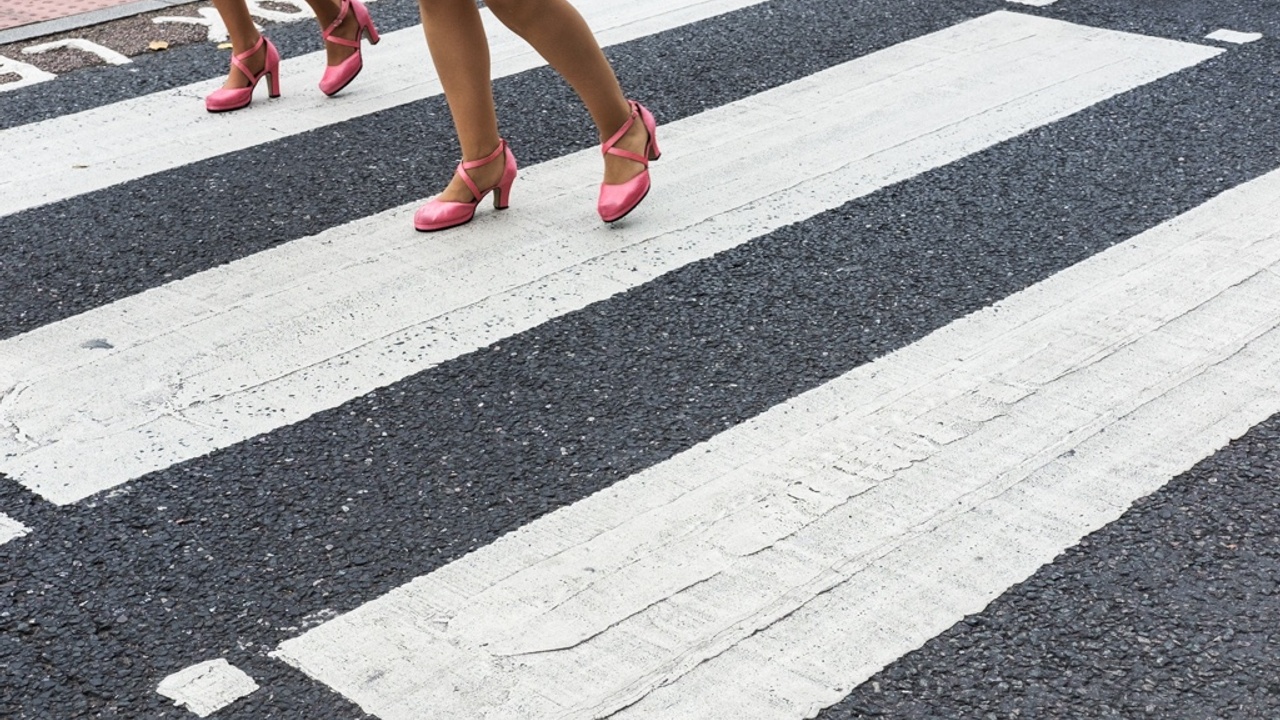 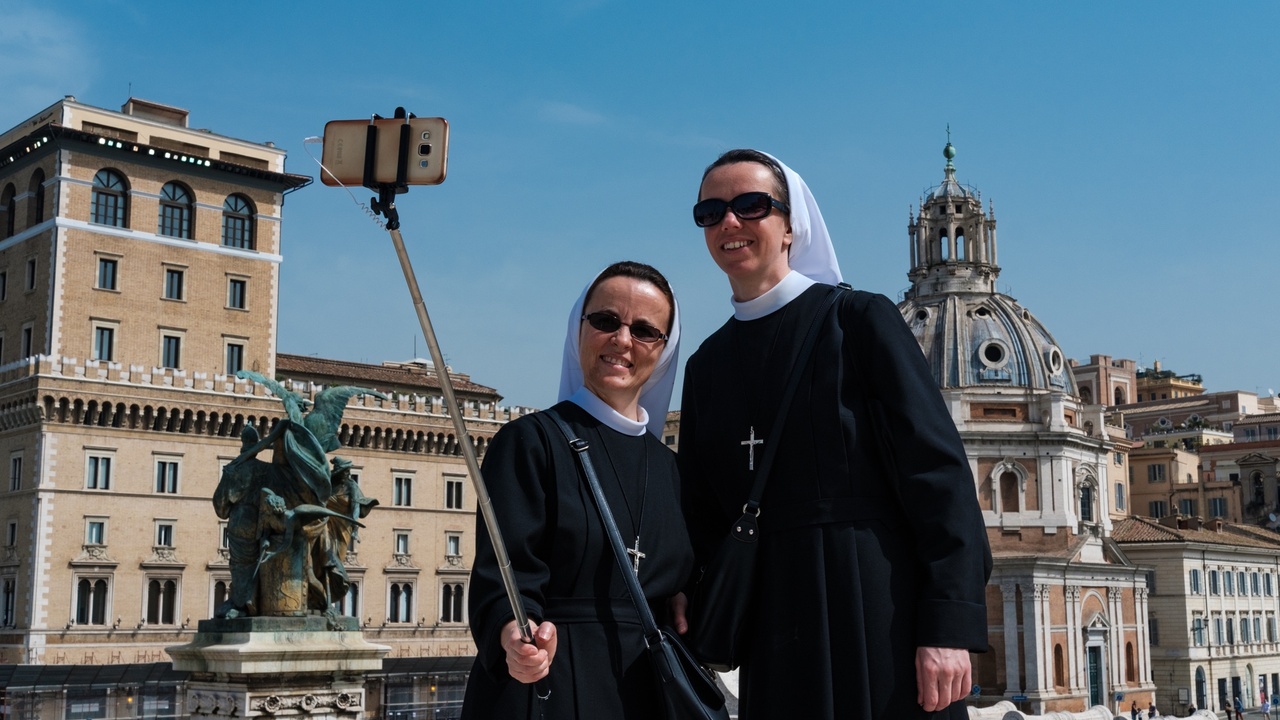 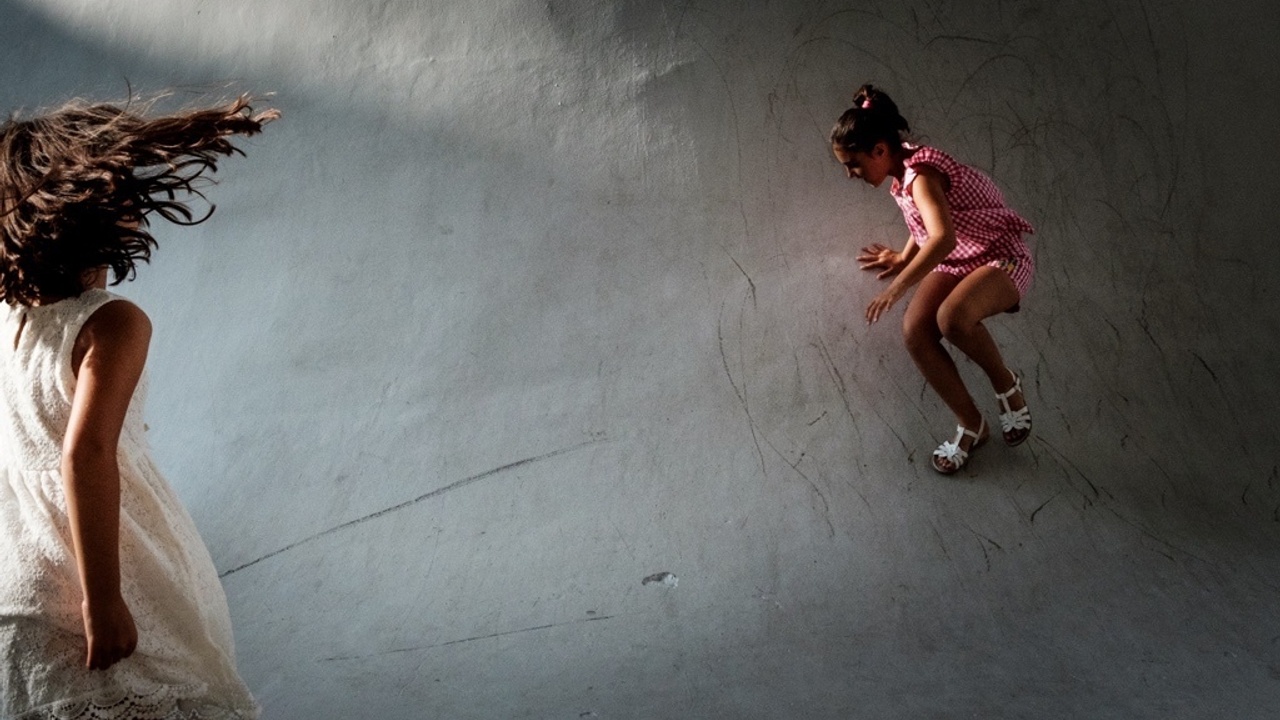 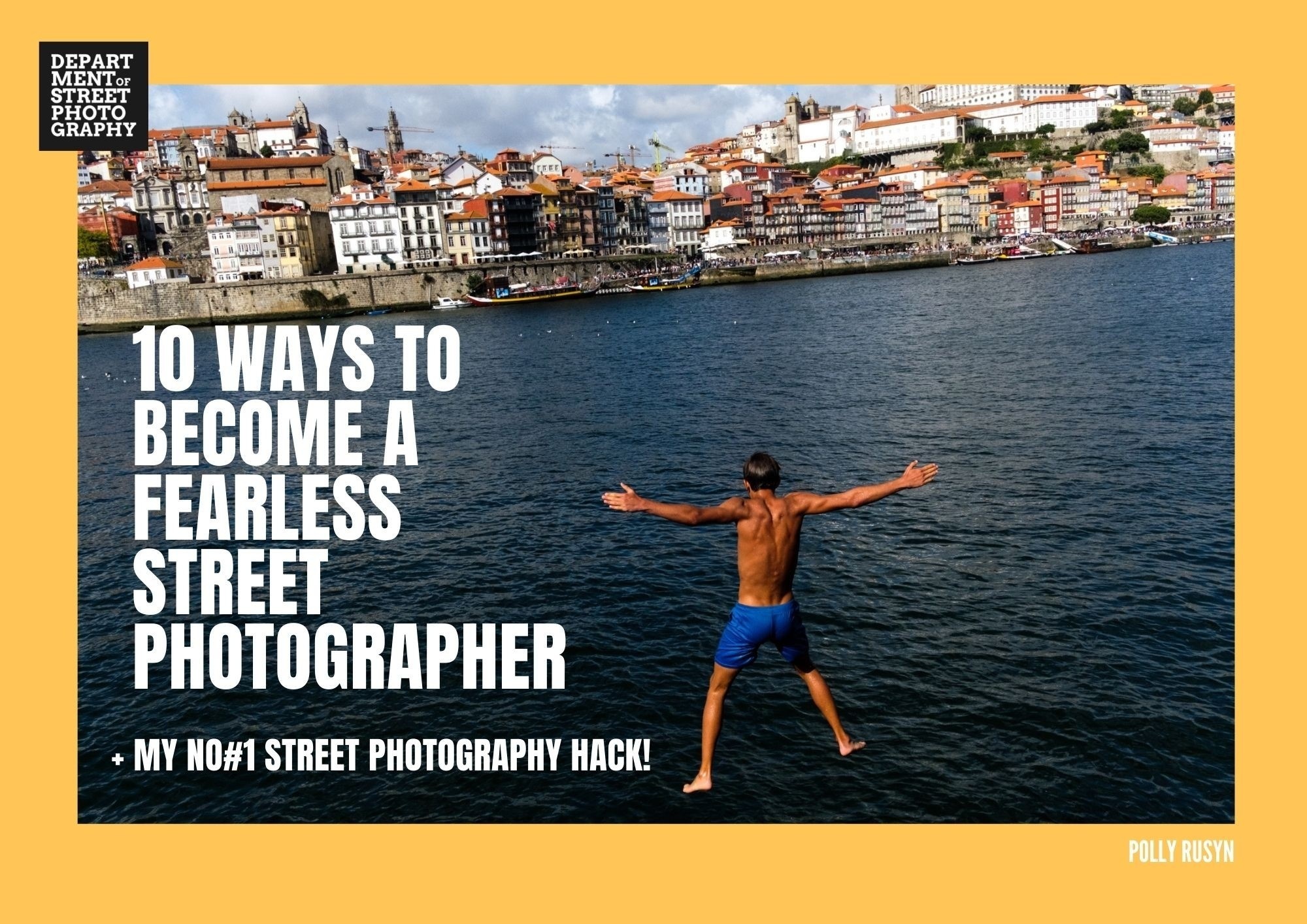 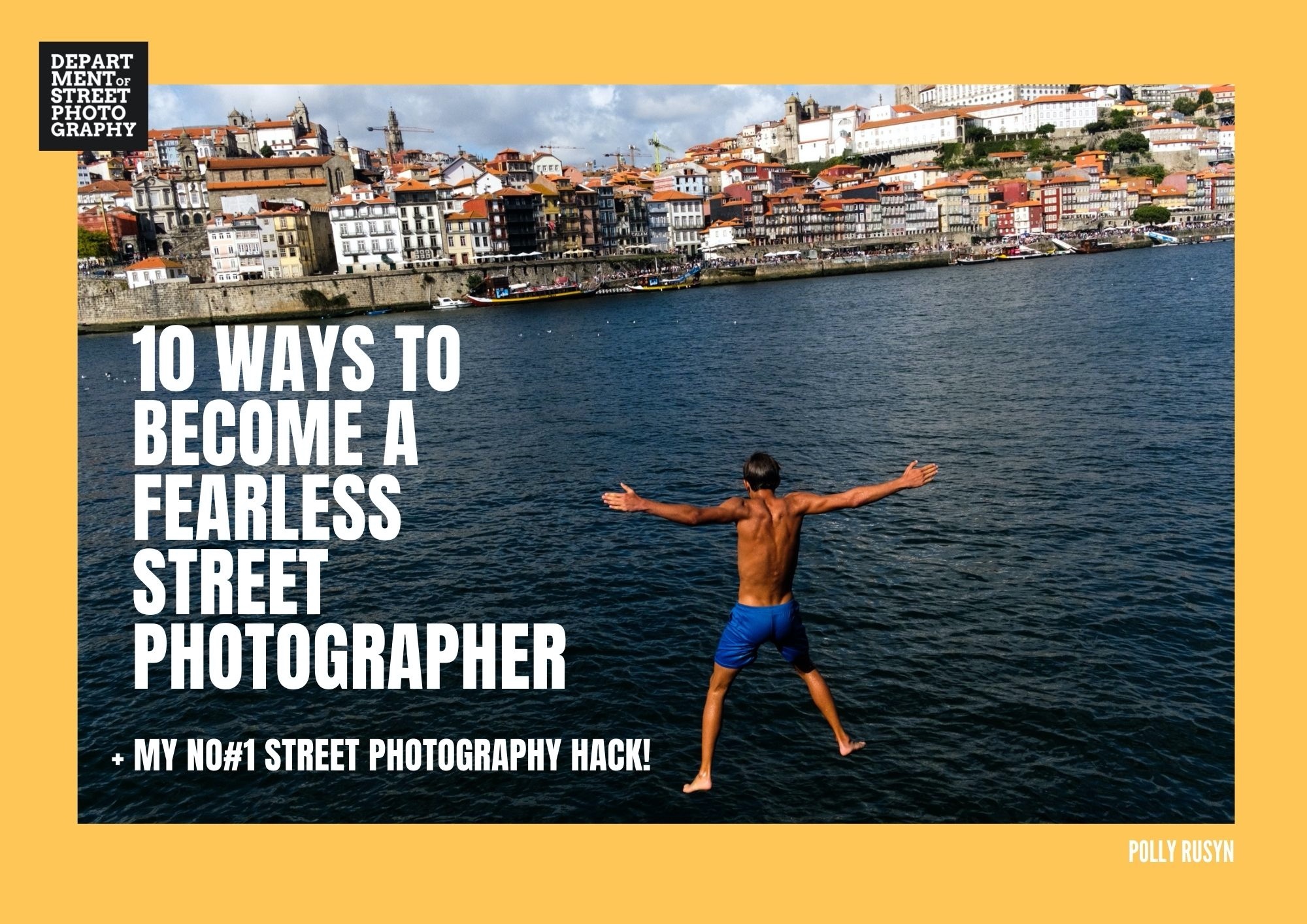